I actually found Don Giannatti’s workshop site by accident. I was trying to find a certain lighting technique and was pointed to his site by Google.  I read about his workshop and became interested.  I had been to few lighting workshops/seminars but Don’s was more in-depth, two-days, and priced reasonably. Not to mention that there was one workshop that was nearby, Baltimore. 🙂

I found out later that the one in Baltimore was the advanced workshop.  I could still do it, but I really wanted to learn about the different strobes and modifiers, and how they would affect the lighting quality. Fortunately, Don was kind enough to give me and few others a “catch-up” session the day before. So it was more like a three-day workshop for me.

Here’s one image I took on the last day. We used 5 speedlights on this setup. 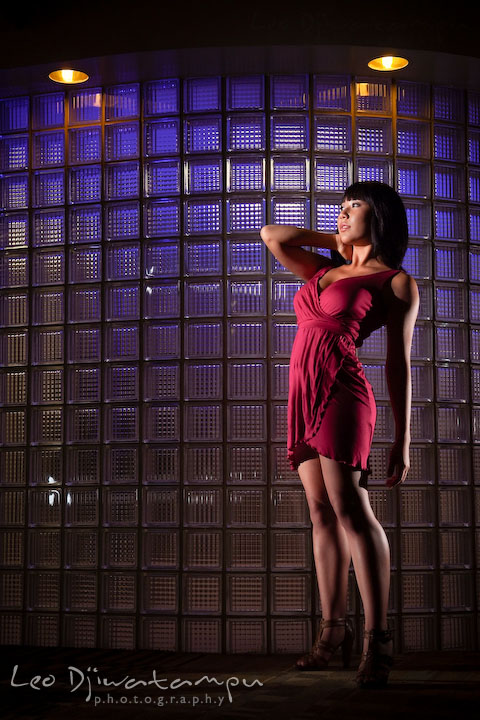 Here is Don the man himself. 🙂 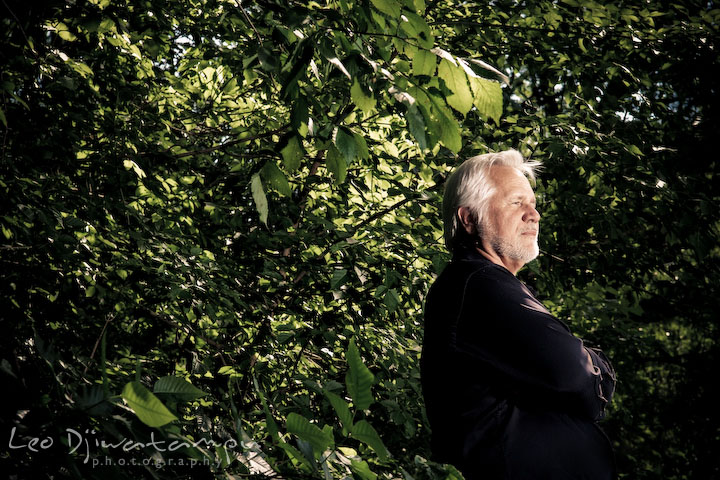 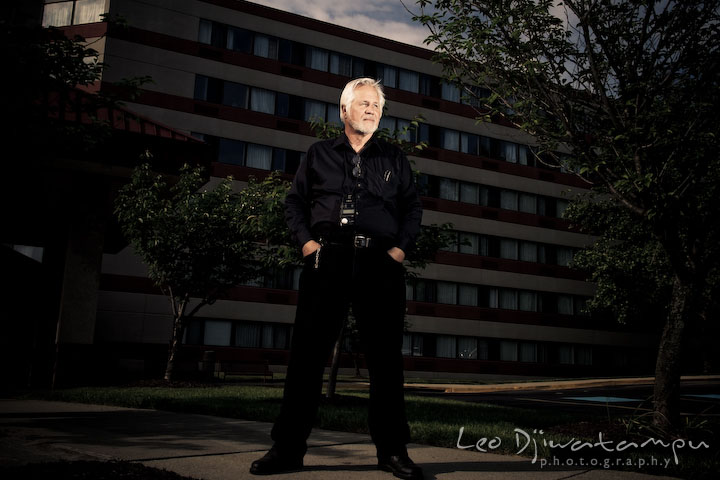 These three images below were taken on the second day (or the first day of the official workshop session).  Don came up with the concept and the lighting setup for our team. 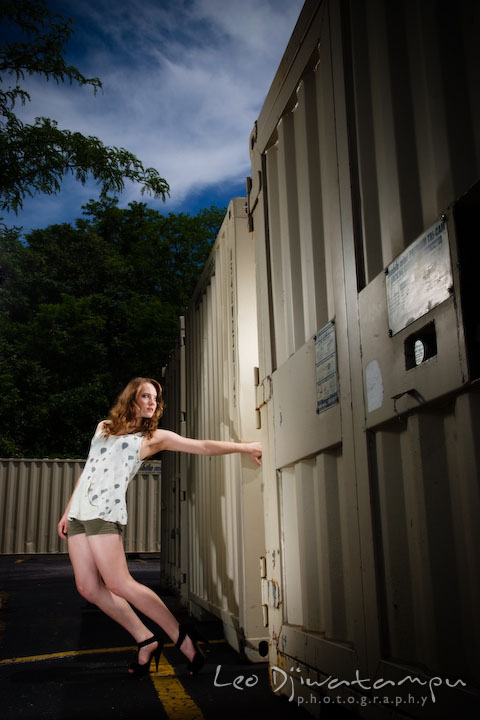 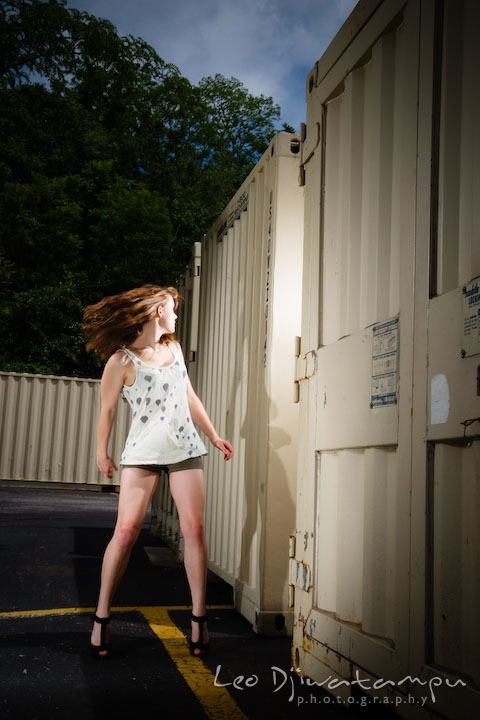 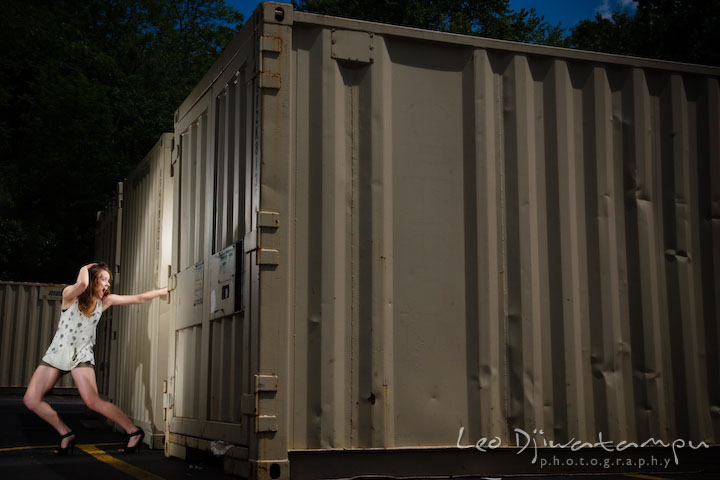 This was a setup from another team, but I asked the model to climb the dumpster. 🙂 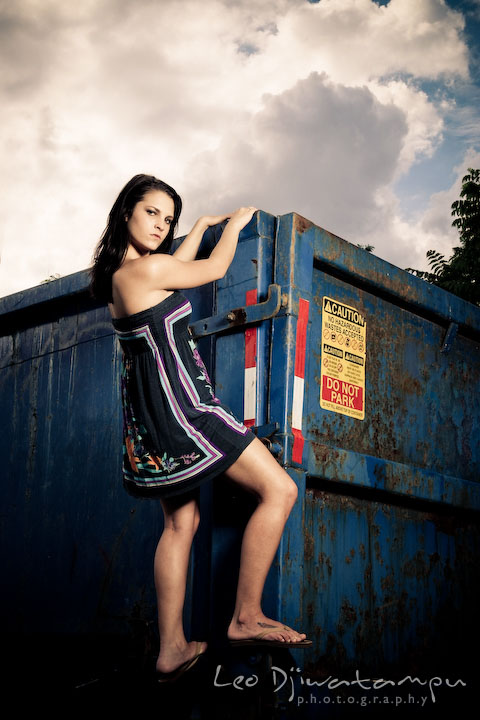 This was also Don’s concept and lighting setup.  We used four speedlites on this image. 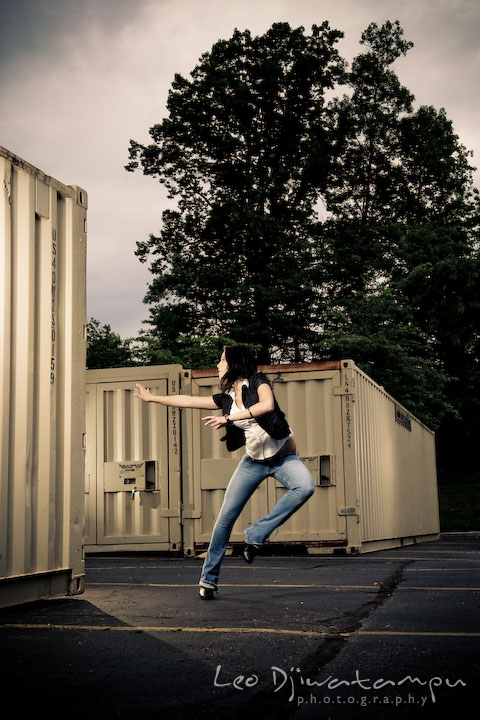 On the last day, our challenge was to take picture of something that’s black overall. How can we create those highlights around the edges? How do we make the background really black?

No Photoshop was done here to get the highlights while making the background completely black. It’s all in the lighting setup. 🙂 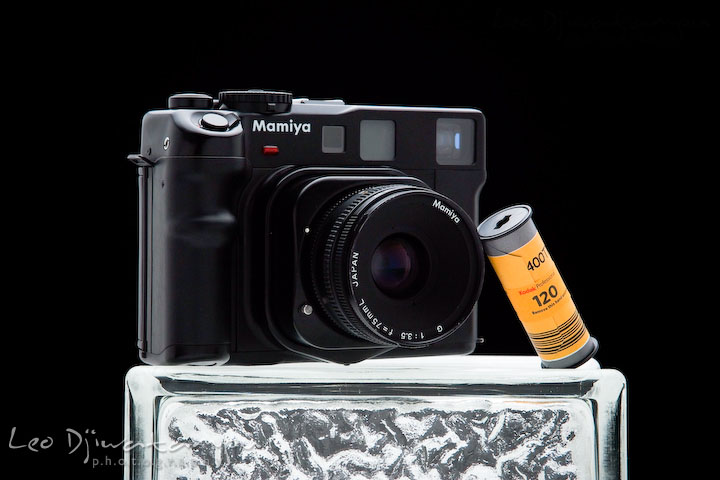 The camera was Ed’s camera, BTW. One of the guy in my team.

The next challenge was pouring “wine” in a wine glass.  This was even more difficult. It took a lot of trial and error to do this. The first image below was actually an accident, but Ed thought that the spill actually made it an interesting shot and suggested that I posted the image on my blog. We showed the shot to Don, and Don agreed. 🙂 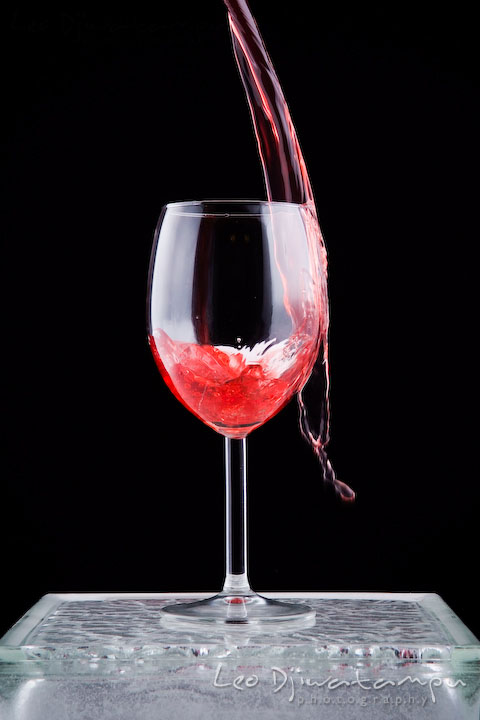 And here’s the successful shot. We’re looking for that splash inside the wine glass. 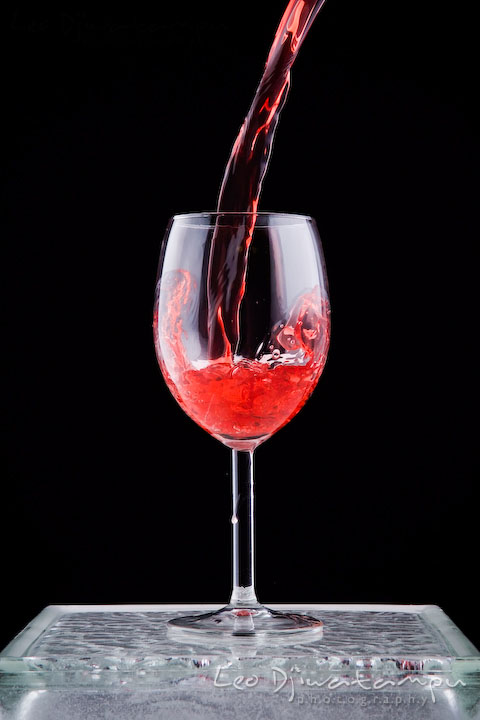 After lunch, we worked with the models.

This time, Don separated the group into few teams of twos. I was with Rocky. Our challenge was to create a shot for a magazine spread with the model on one side of the spread. The theme was that our model supposed to be a hip-hop artist. Rocky asked me to come up with the concept. I originally wanted to use the woods as a background, but then I realize that I could use this cool looking car that would fit perfectly with the theme. We were lucky that this Dodge Challenger was there. 🙂

So with Rocky’s assistance, I setup the strobes to where I wanted to and did few test shots to make sure I got the correct exposure and angle on the lights. If I remember correctly, four speedlites was used for this setup. After I got the correct exposure and everything, then the owner of the car came and was ready to leave. I asked them if I could borrow the car for a couple of minutes. Luckily they were kind enough to let me use the car as a prop. Thank you! 🙂

So here’s the final shot. 🙂 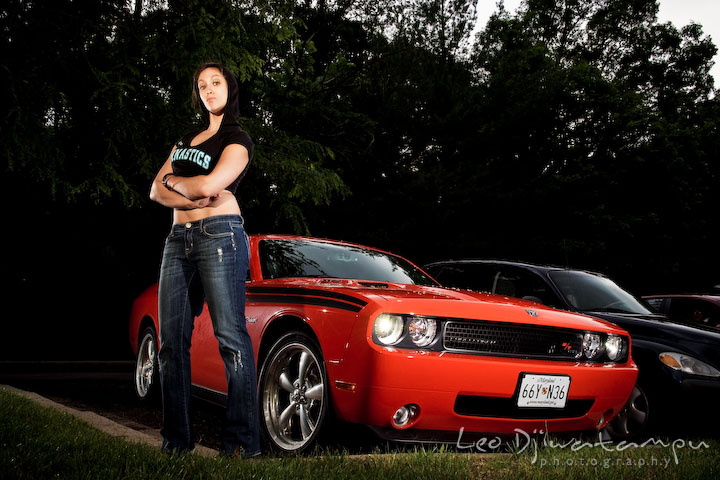 This next shot was Rocky’s turn to come up with the idea. We were lucky to have two models because two other teams were done with their project. 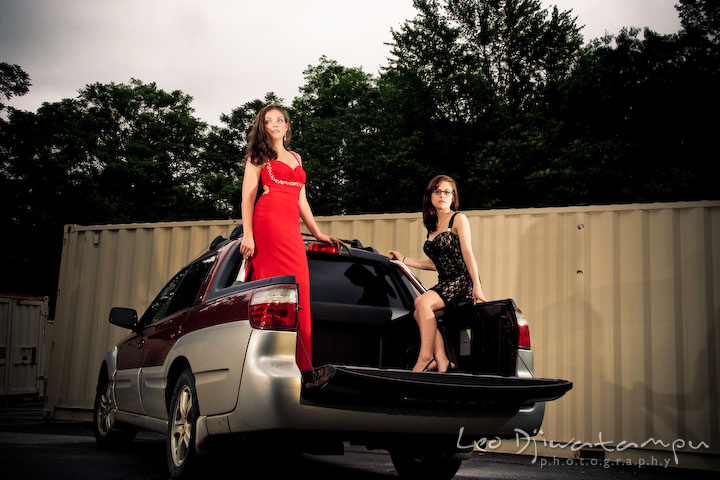 After done with our project, I roam around to see what the other teams were doing. It seemed that pretty much everyone was done with the projects given by Don, so they were just taking advantage of the models that were still available and experimented with different backgrounds and lighting setups. 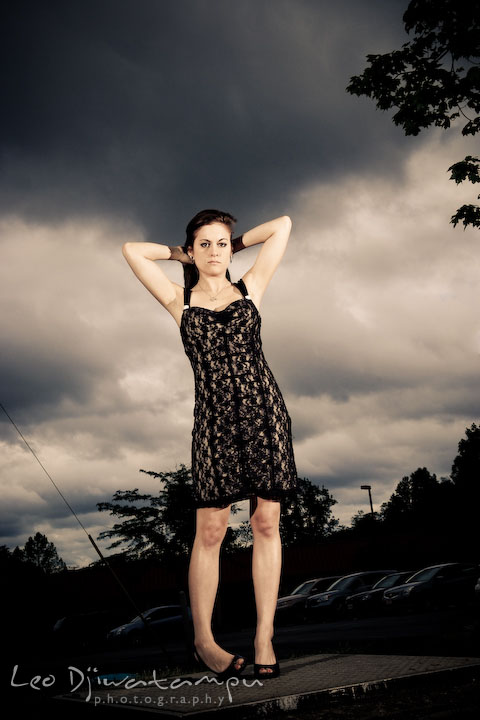 They also experimented with this interesting background indoor. When it was my turn, I asked for a different model that I had not worked with and asked her to play with her hair. 🙂 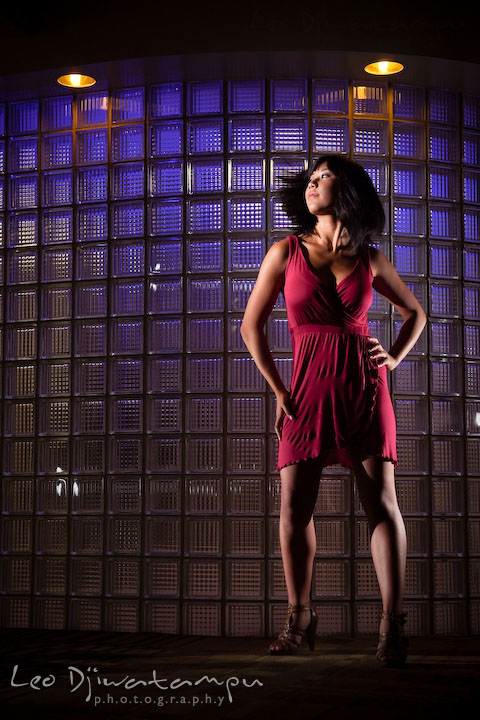 After I was done with my turn to take picture with the complex flash setup, I noticed that a few models were just waiting for their turn. So I asked these three girls below to pose by the window. I wasn’t using any flash here, just the available window light. 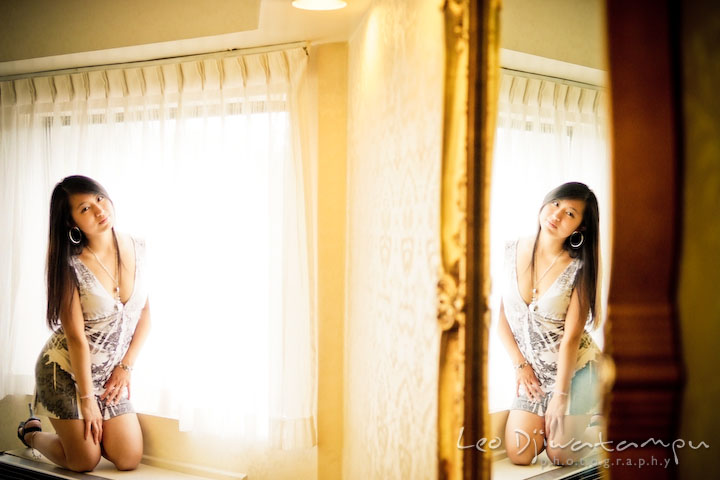 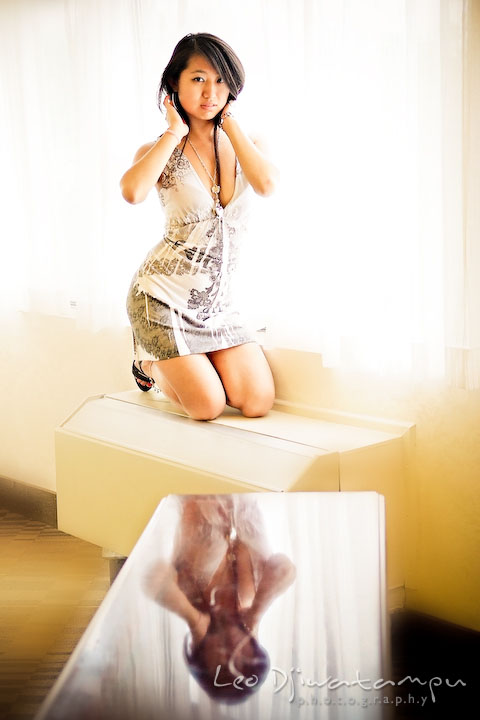 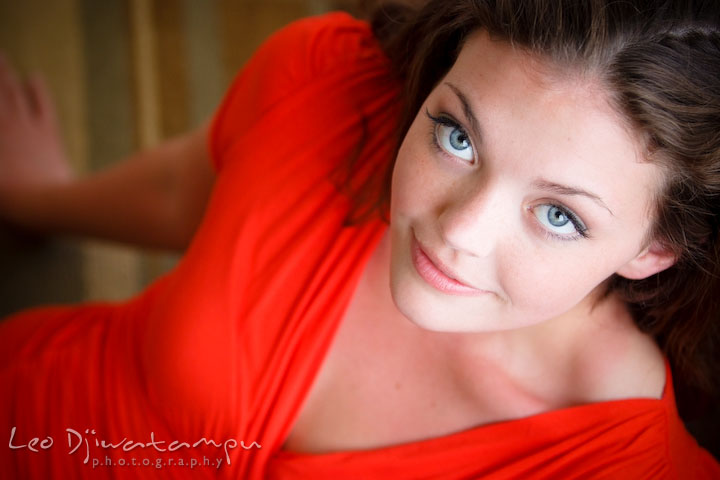 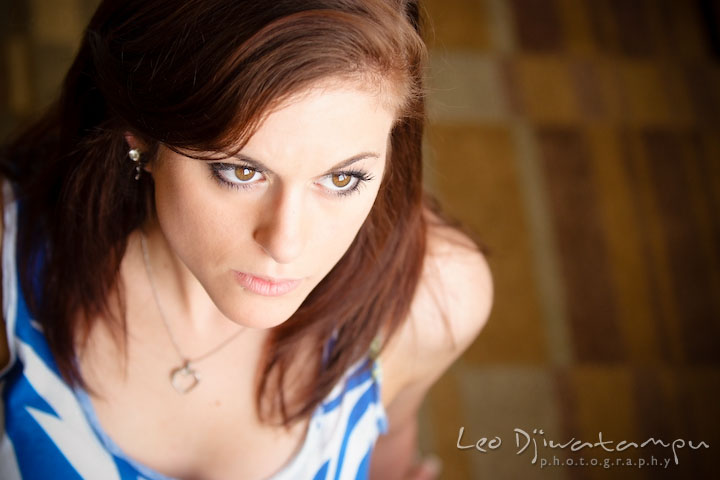 At the end of the day, we were all exhausted, but very happy and satisfied. We were all loaded with new knowledge and skills!

Thank you so much, Don. Now I like to experiment with flash whenever I can. 🙂

9 Responses to “Workshop with Don Giannatti”