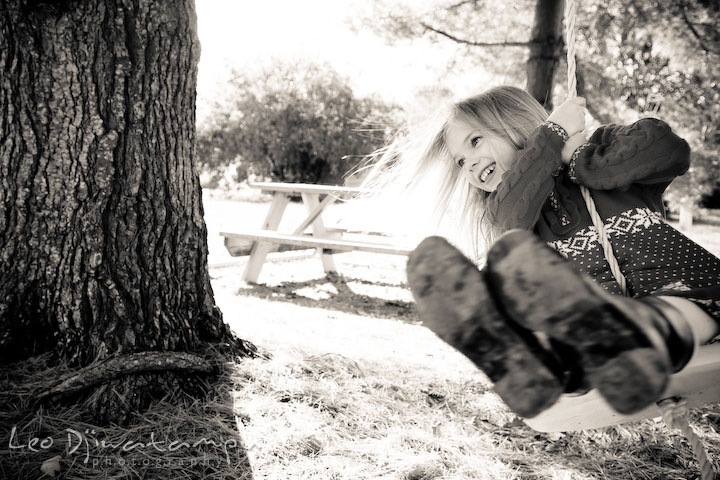 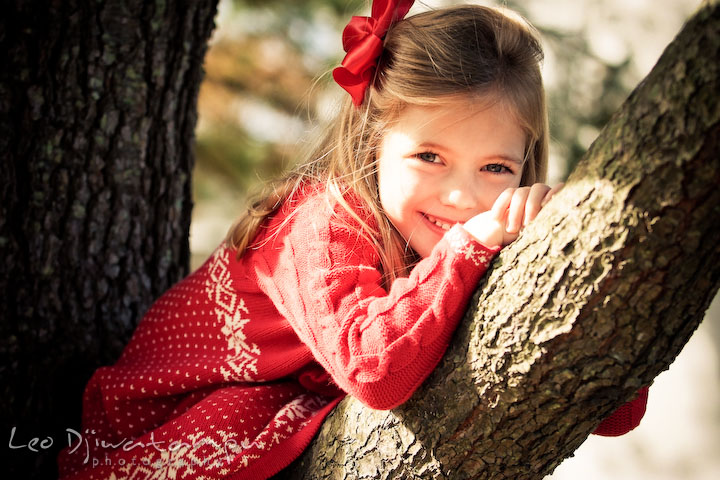 This is their favorite tree and they like to sit on the branches with the help of their parent. The branches are still to high for them to climb. 🙂 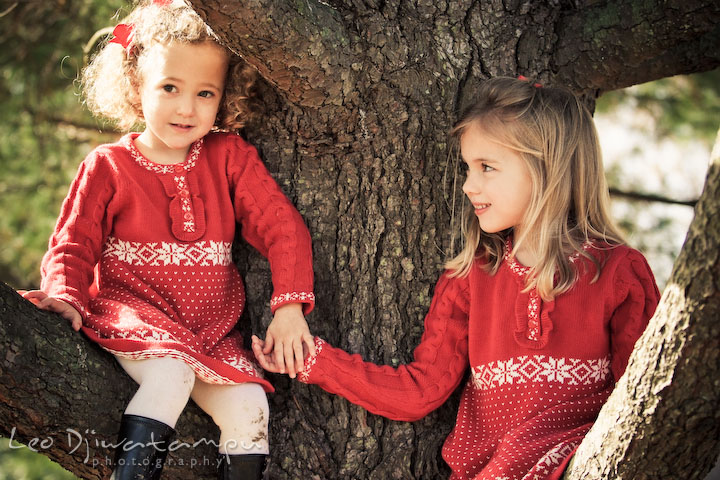 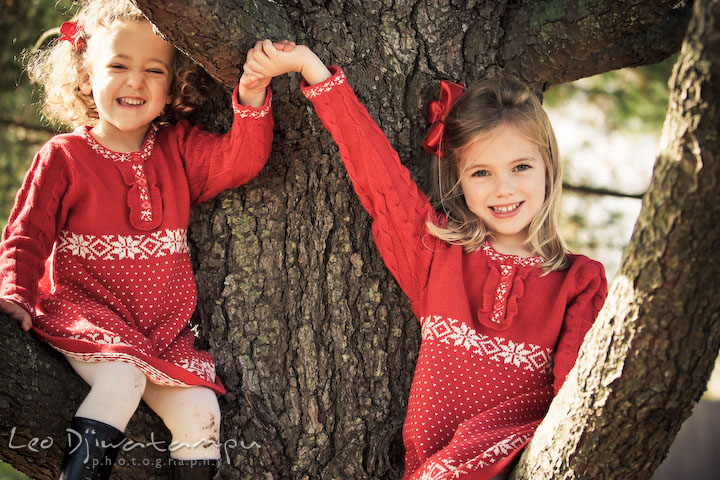 Oh, you might be wondering why their leggings were dirty. Well they were running around after I just came. Both of them fell down on a slippery mud patch. It was too late to change their clothes since they would have to leave soon.

I could easily edit out the dirt, but I think they’re cute and adds character, so I left it just as is for this blog. Children are children and this is how they truly are. 🙂

I did edit them out for their Christmas pictures, though. 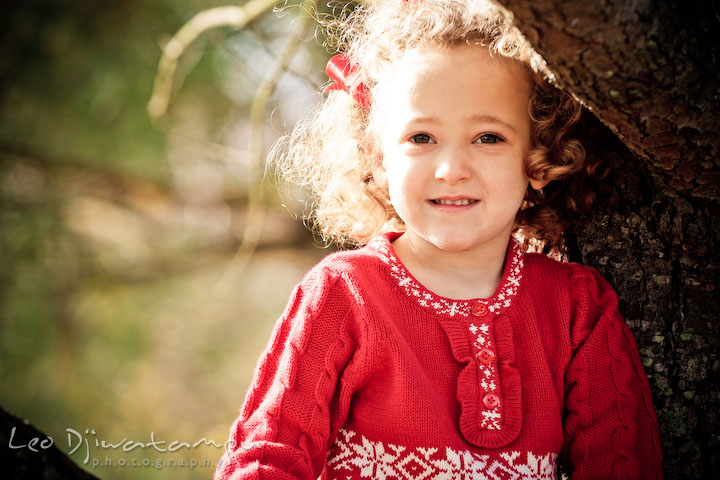 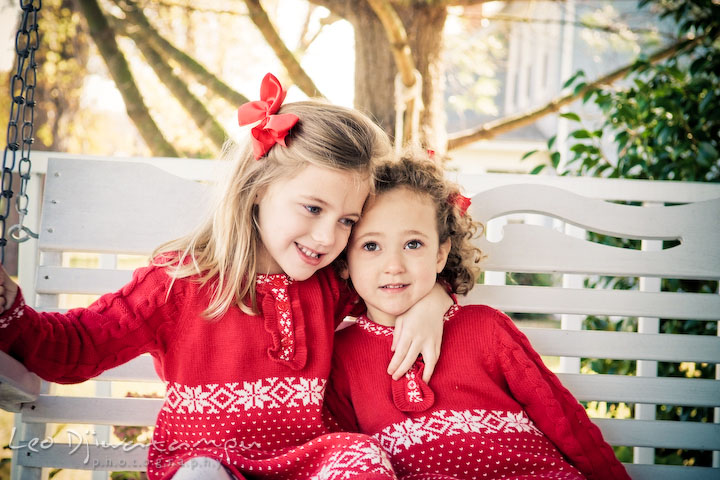 They also like to play on this swing on their porch. 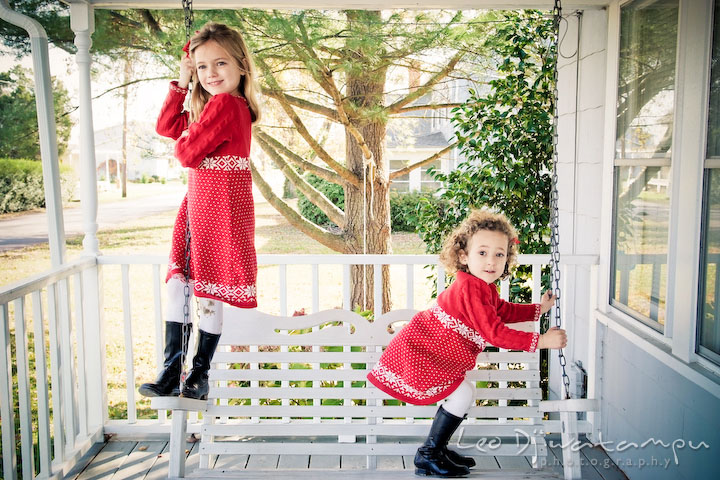 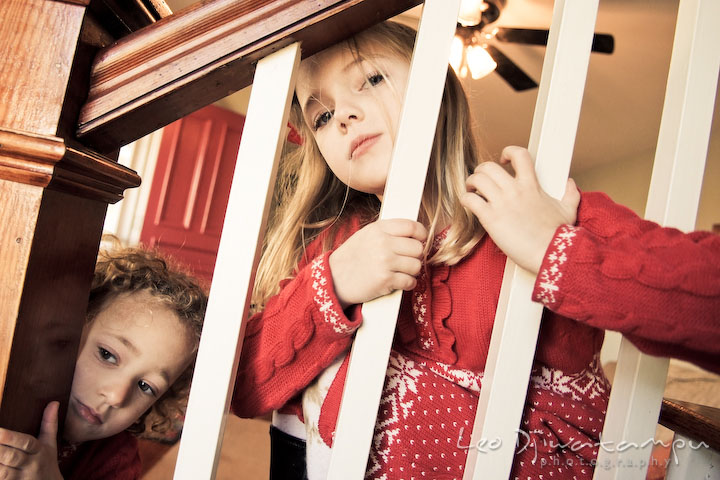 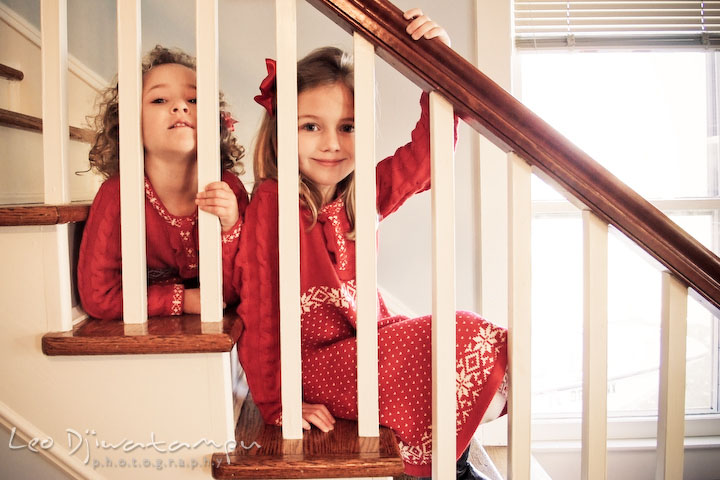 I asked them to pose by the stair railing, then they came up with their own cute poses. 🙂 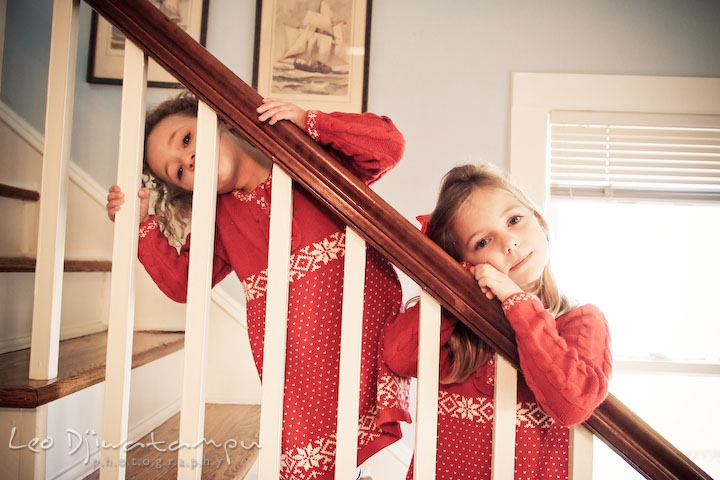 Helena likes to be photographed. Vivian, well…, not so much. So I had to bring out my skills to make her interested in the session and to make her looked at me. I’m glad my charm worked. 😀

After the session with both girls ended, Helena asked me if I could take picture of her playing the swing. I said, “Sure!” 🙂 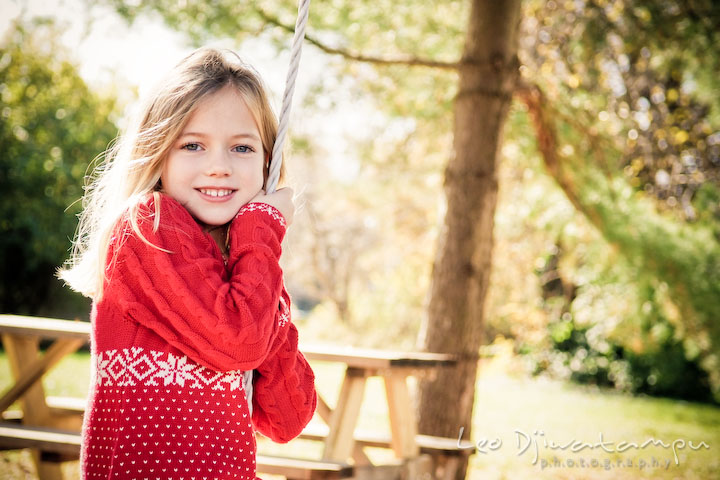 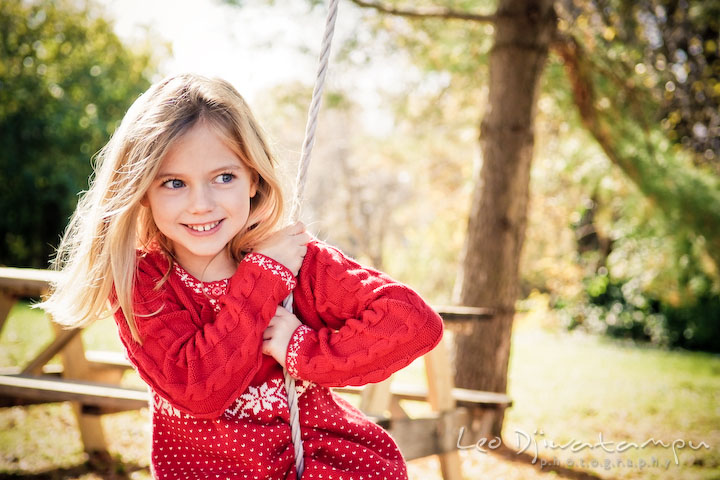 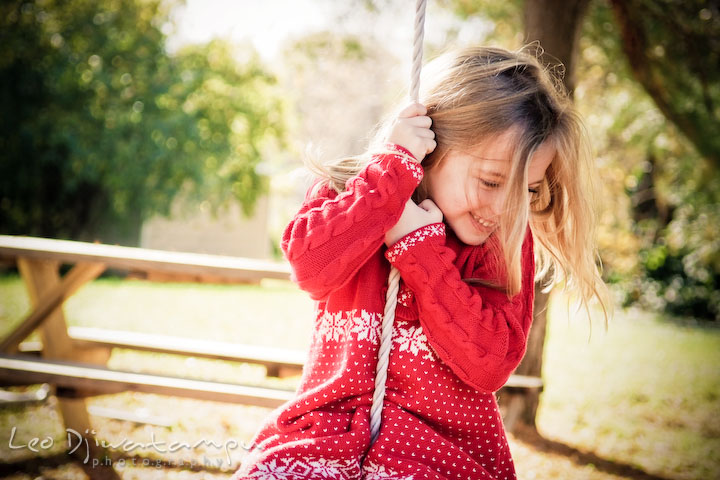 Caroline, thank you so much for trusting me to be your family photographer. You’re the first one who booked me twice on the same year for a family/children session. I look forward to do another session with your family in the near future. 🙂