This is where we’ll see the culmination of the magic tricks. 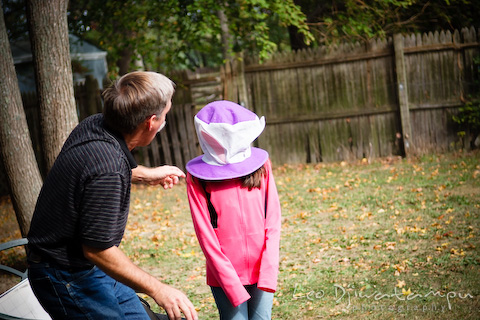 The magician asked her to do some cooking, and told her to put some ingredients in the container. 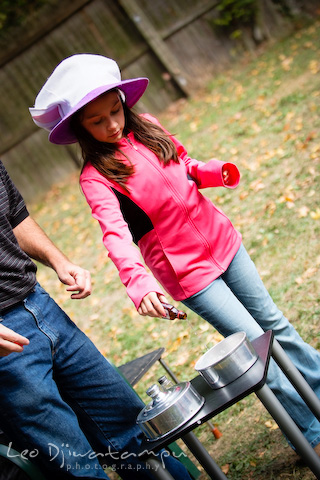 With a little magic word, let’s see if the cake’s done. 🙂 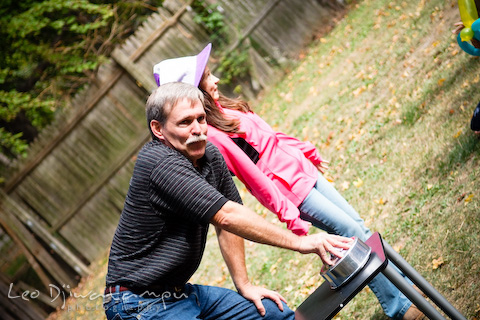 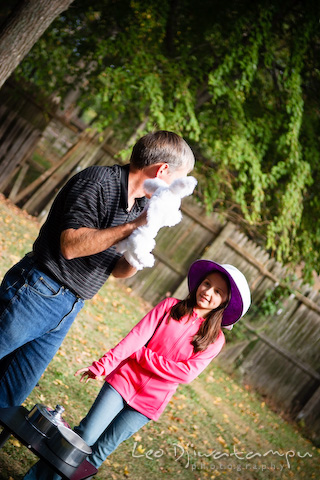 Put the bunny inside the box and turn the roller. It became flat! Oops!

Let’s see if we can make it go back like before. So the magician put the paper bunny inside through the roller and opened the box from the top. 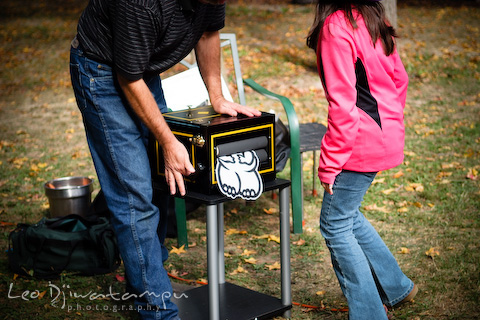 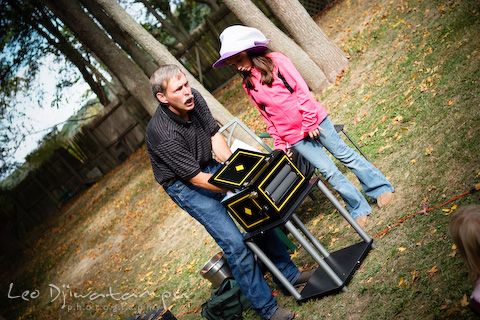 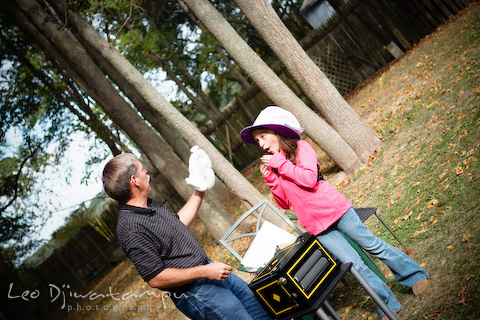 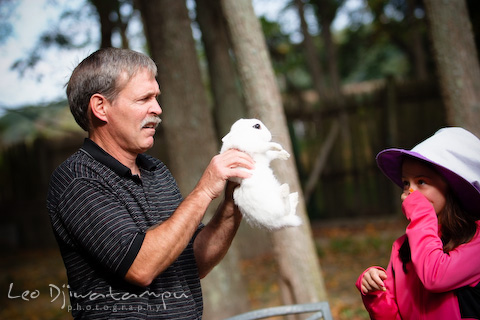 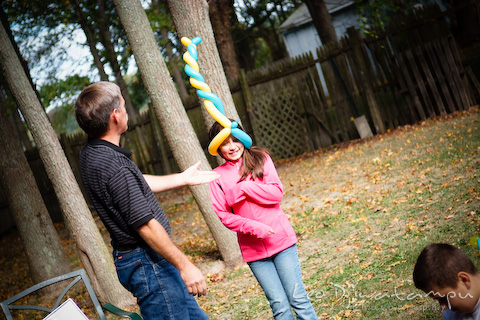 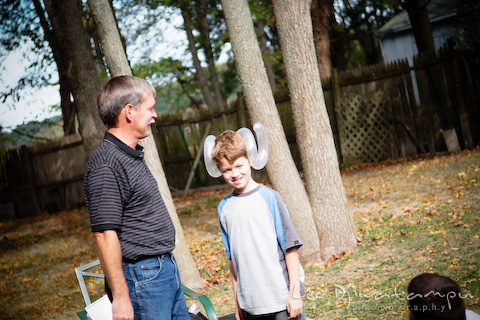 Put your head in there! 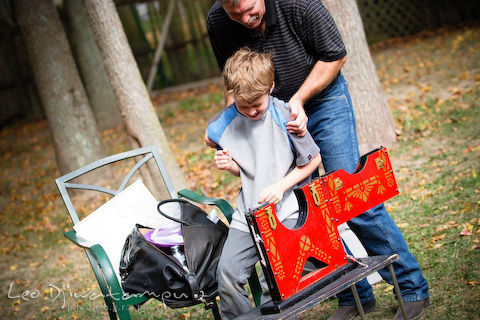 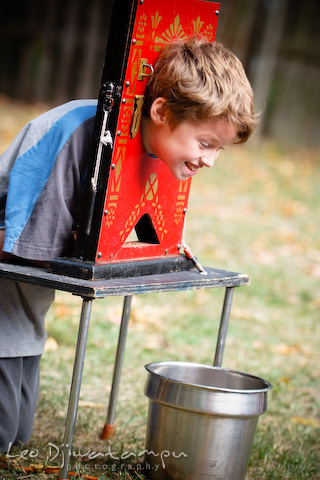 But he was too afraid of what might happen. So the magician was “kind” enough, to replace him with another boy who was a willing volunteer. 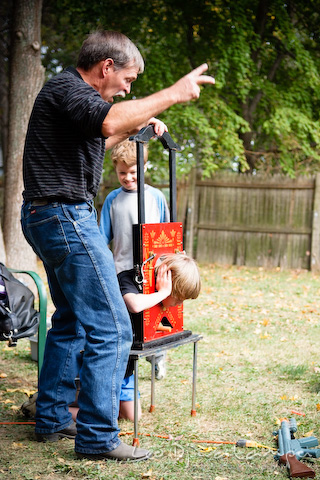 And the boy’s head was history… 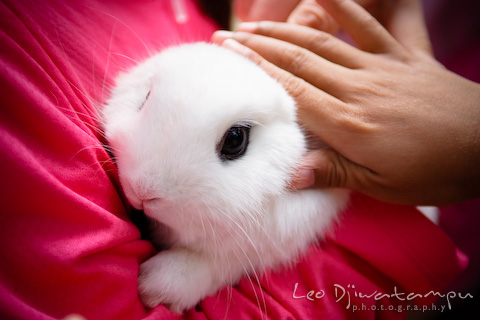 Just kidding. 😀 The boy was fine. The weird thing was that the carrot, under his head was chopped and fell to the ground. The boy’s head was of course chopped too. I mean, still intact. Sorry…

The magician’s name is Christian. He is a really great entertainer. You can see it in the children’s expressions. 🙂 You can contact him here.

Anyway, after the magic show ended, some of the audience wanted to pet the bunny, including the photographer! 😀 Well I can’t help it, the bunny’s so cute! 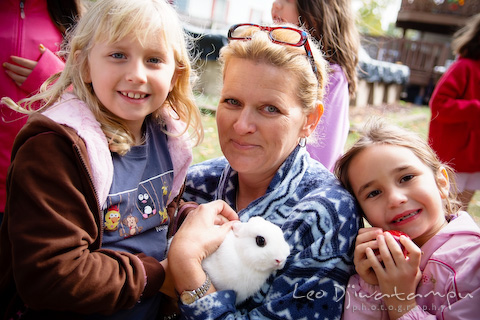 Ring toss game. Whoever made it, would get a soda bottle. 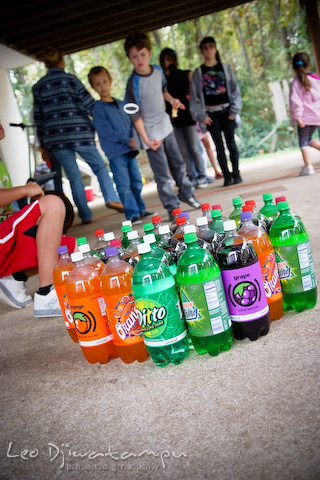 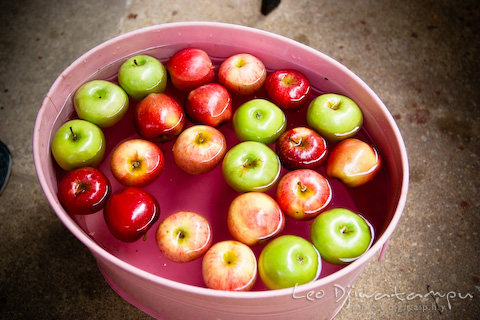 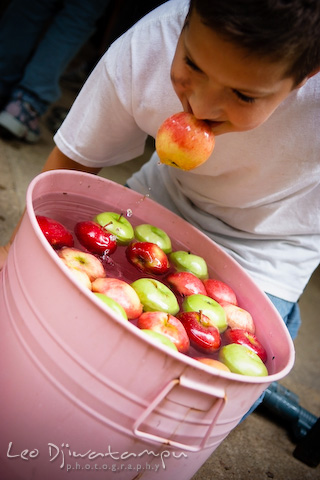 Time to blow out the candles! 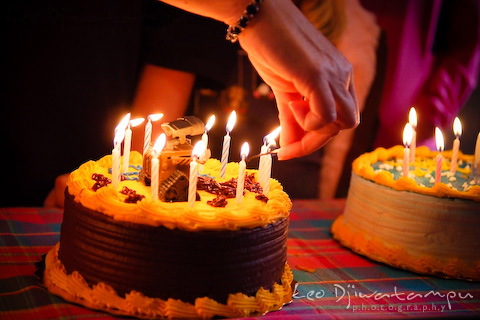 It was Sara’s birthday as well! 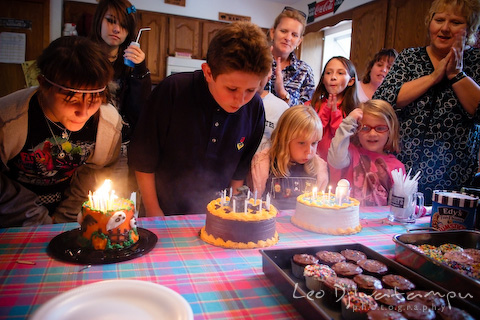 Time to open the presents. 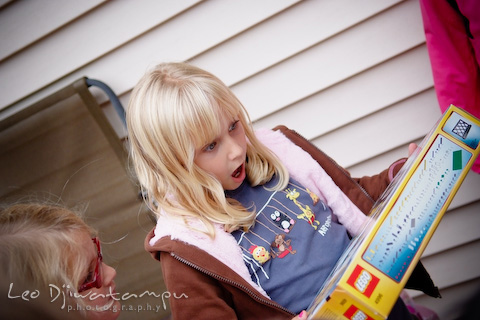 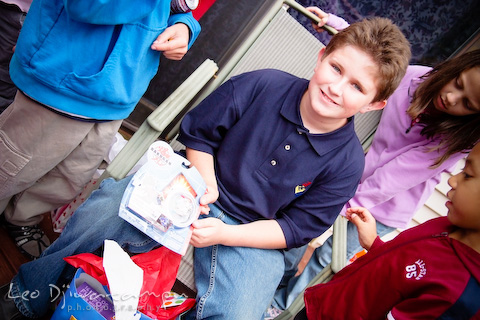 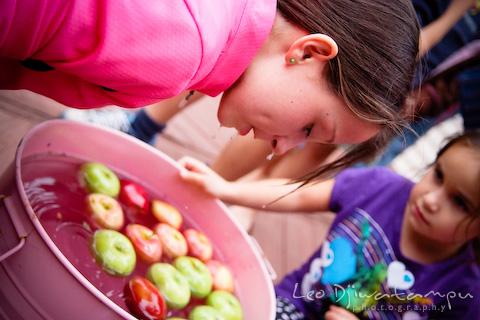 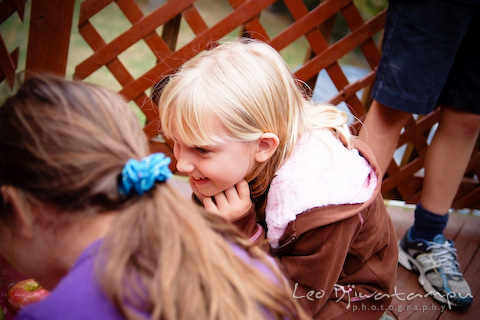 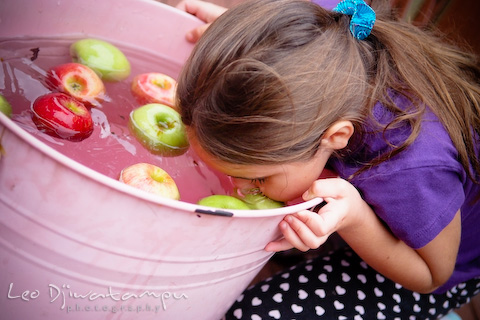