Jessica and John first met in Egypt at the American University of Cairo in Fall of 2008. They were there to learn Arabic at the Arabic Language Institute. They also had the opportunity to travel with the same group of friends around Egypt and to Jordan and Turkey.

In Summer of 2009, John and Jessica decided to move to Washington DC from their hometowns and find a job there. They were still good friends back then. As the time passed, their friendship grew, and the next thing you know they realized that they should take their relationship to the next level. Then on July 8, 2010, they decided that they wanted to be a pair.

On Christmas Day of 2013, after John, Jessica, and Jessica’s family had just finished exchanging gifts, John mysteriously ran down stairs. He quickly came back up and by the time Jessica turned around, he was already on one knee. He barely finished asking the question and Jessica was already hugging him so tightly saying Yes! Jessica’s entire family was in tears, herself included.

Aww… what a lovely story! 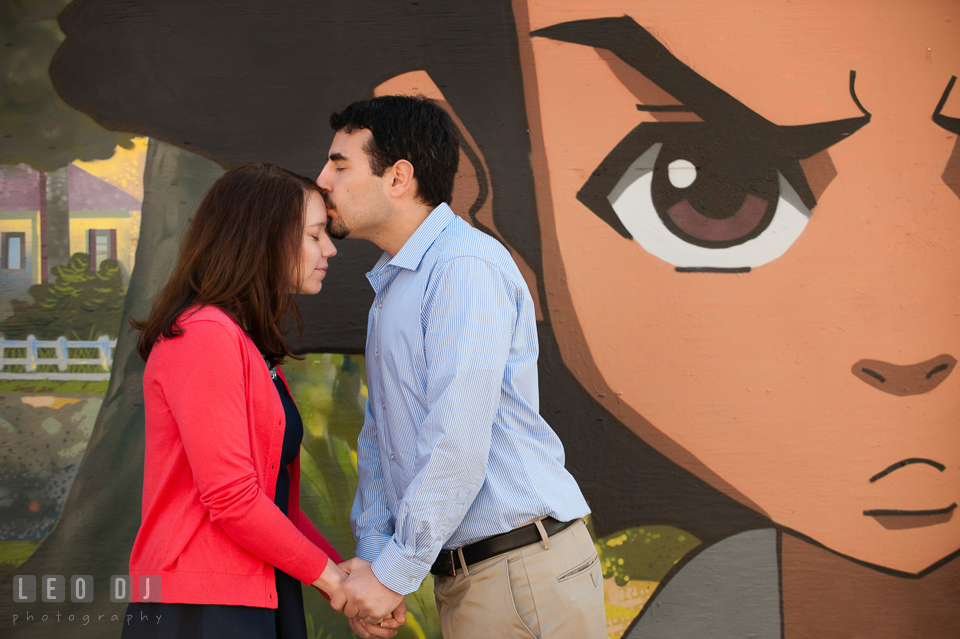 For their engagement photo session, Jessica and John picked an area in Washington DC where they used to live and hang out, and also at the Smithsonians which had trees that were beautifully blooming in Spring. 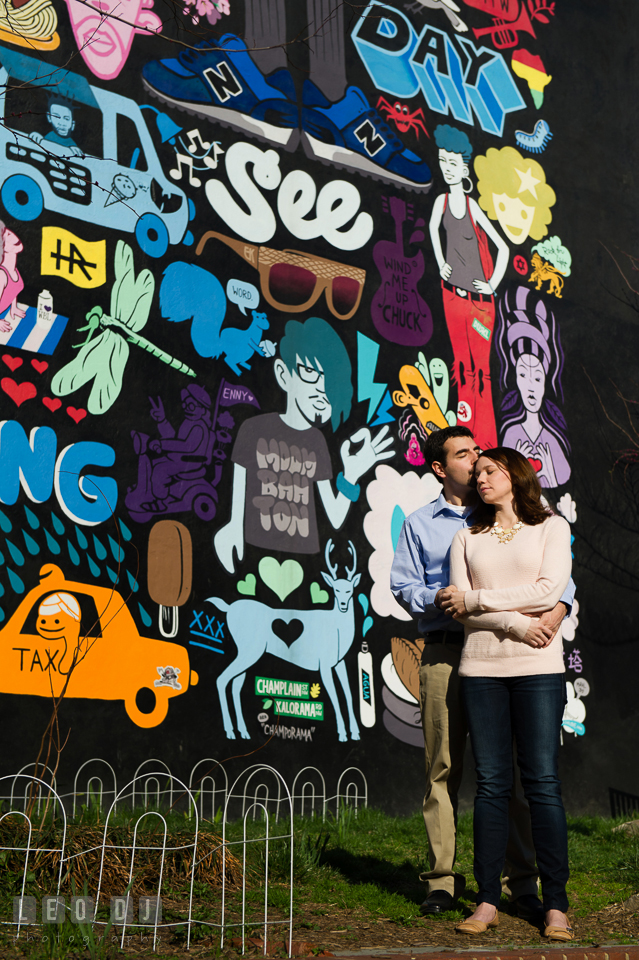 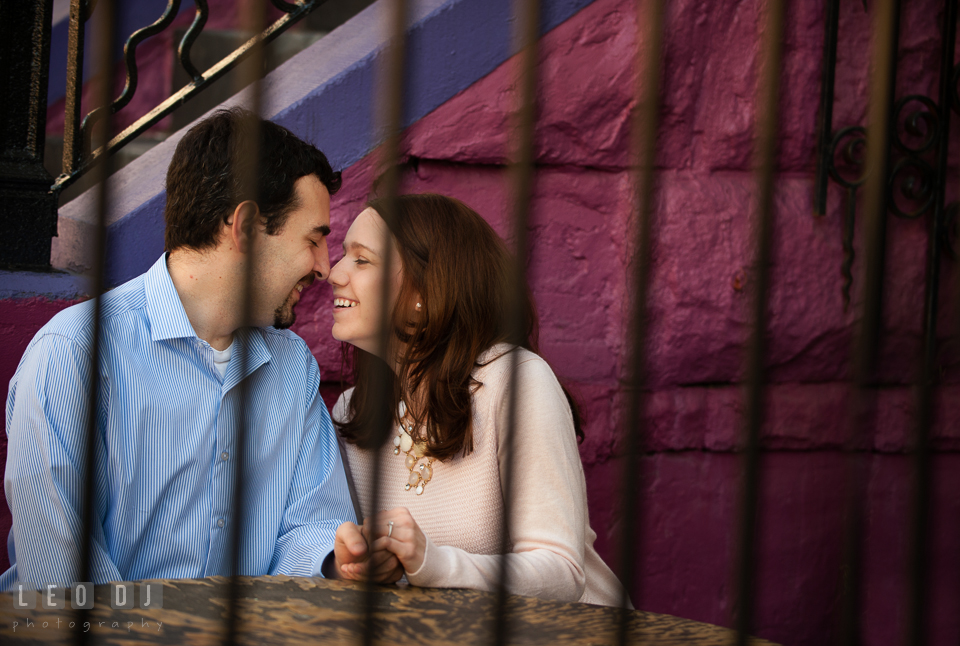 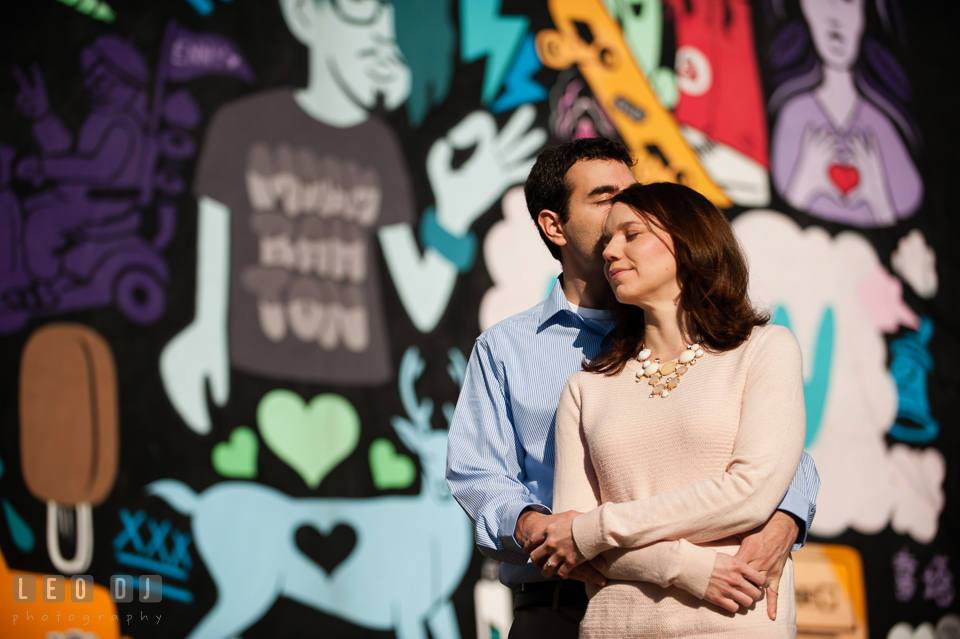 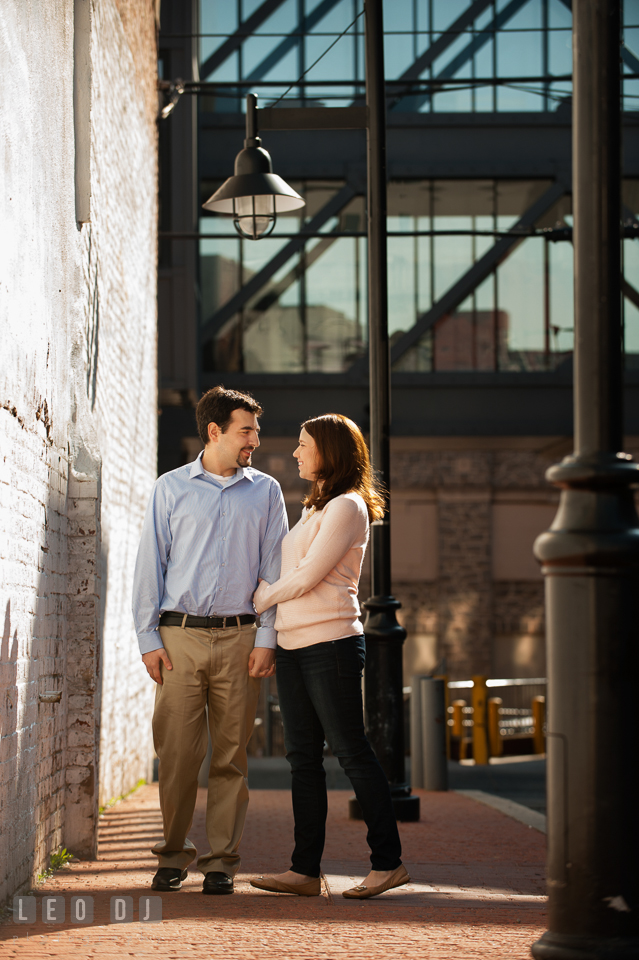 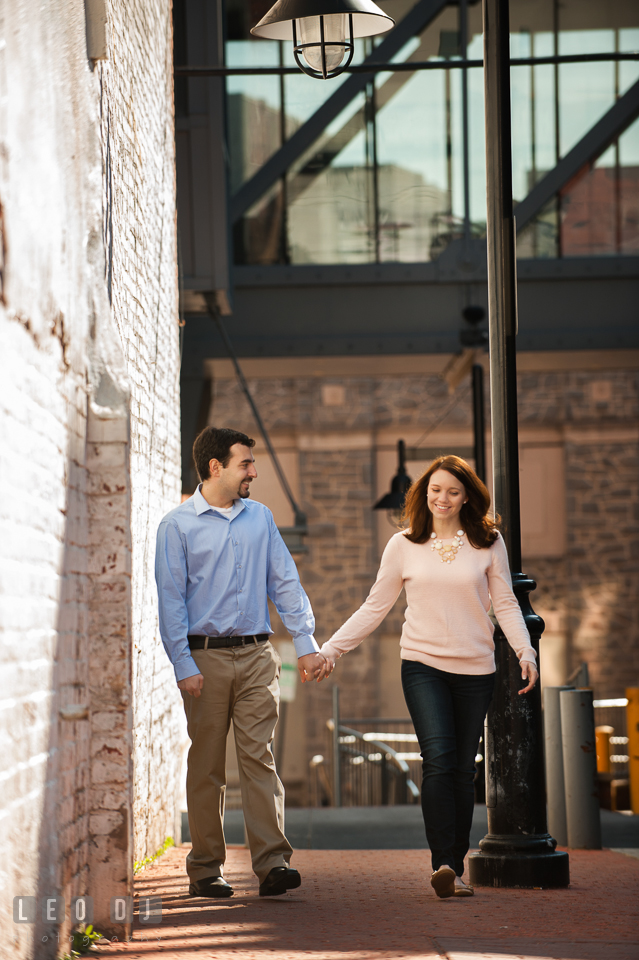 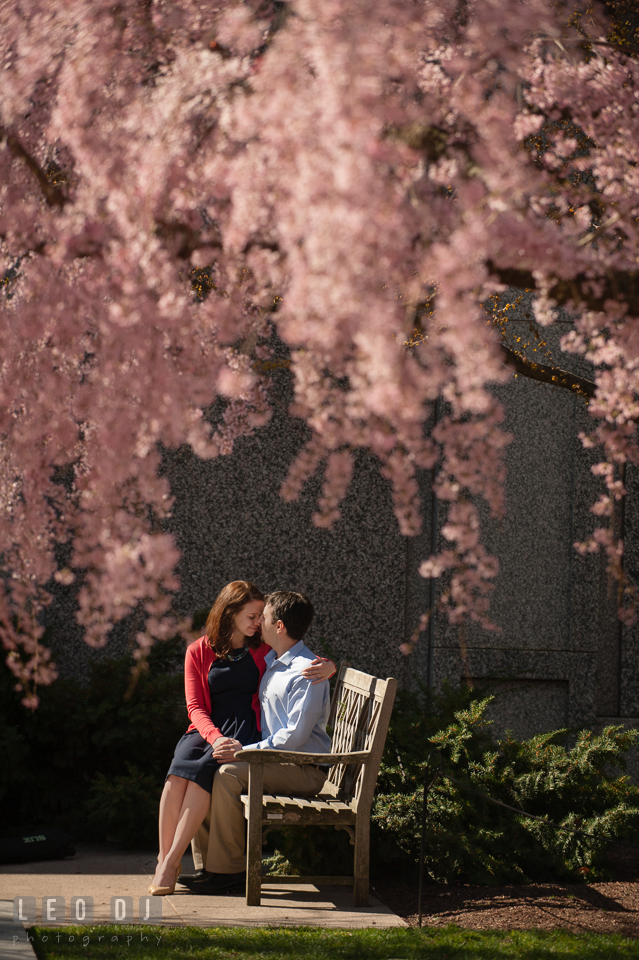 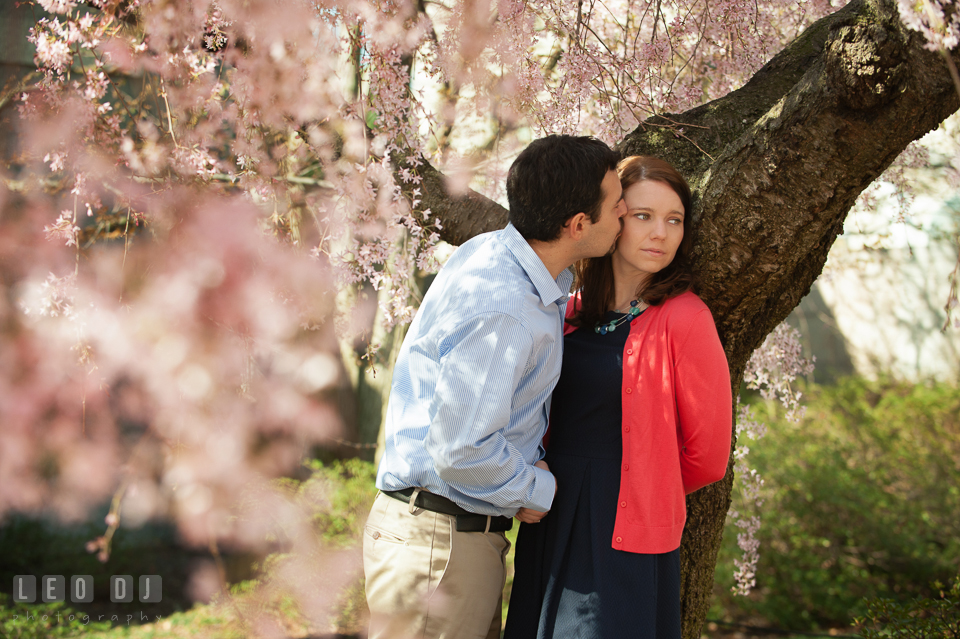 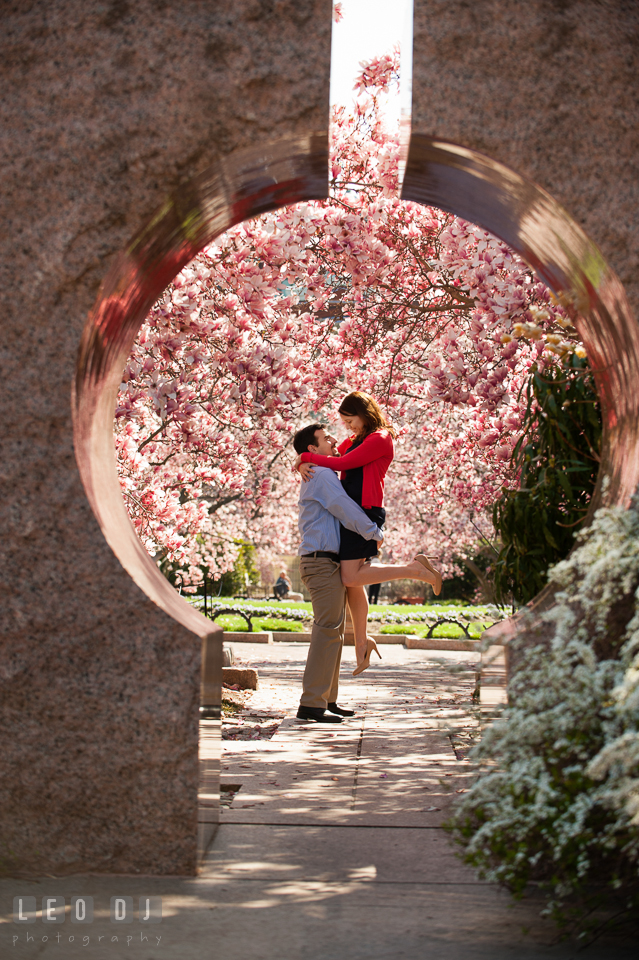 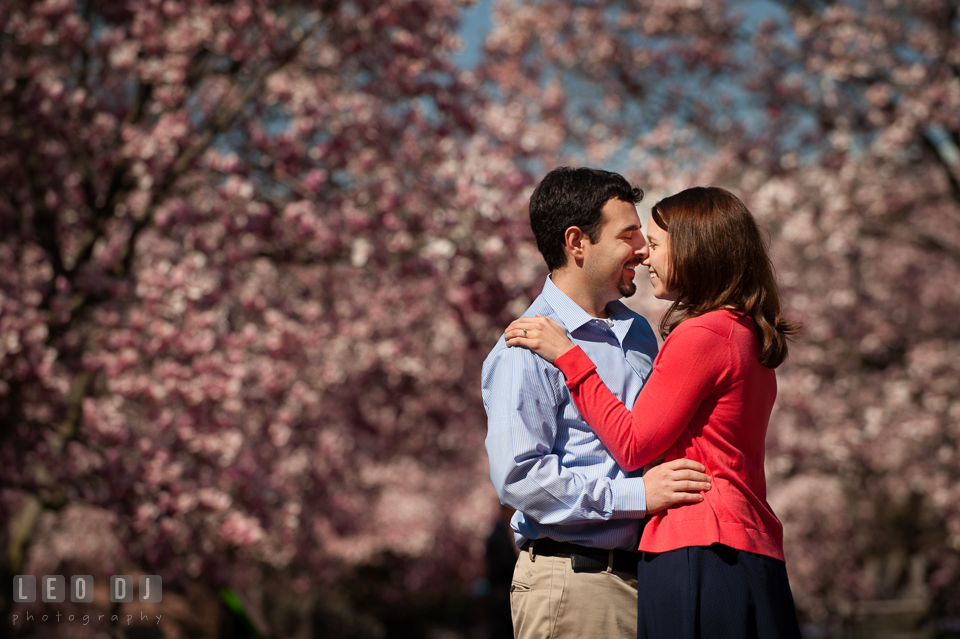 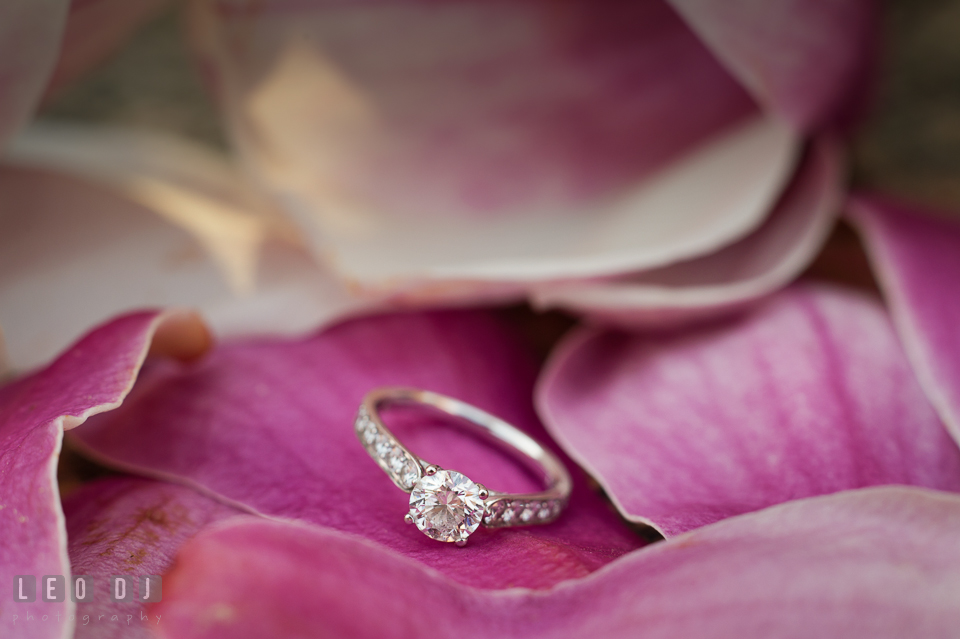 John picked out the ring all by himself and Jessica said that she couldn’t pick something more perfect had she done it. John’s description of how he picked it according to her style was one of the most romantic things she have ever heard. Every time she heard it, she almost cry. John really knows her so well.

How did John get the right size, by the way? He cleverly measured and traced the inside of a ring Jessica always wear on her right hand and took it with him to the jeweler! Way to go, John! 🙂 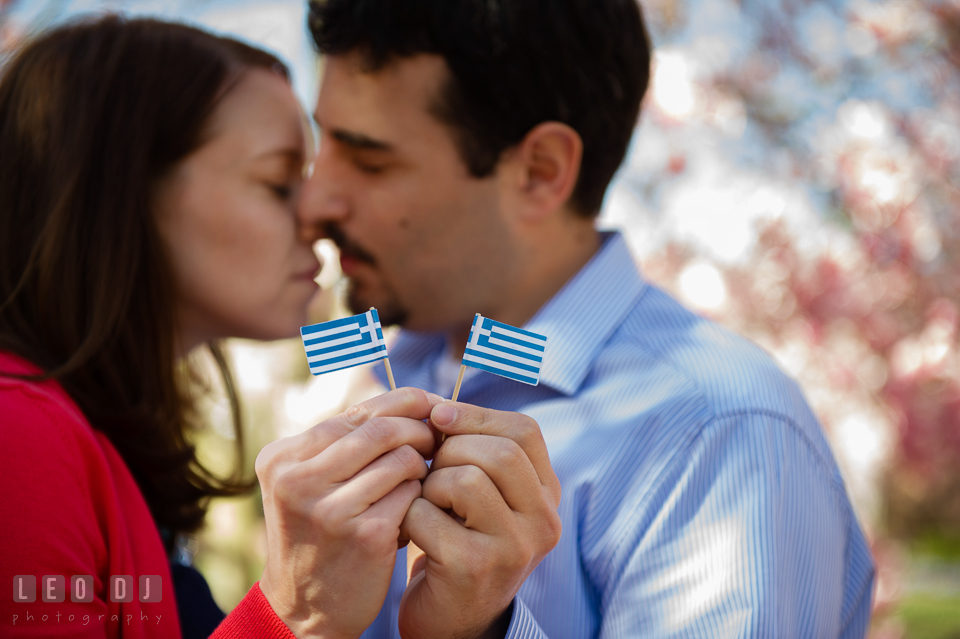 Yes, those are Greek flags they’re holding. 🙂
I’m really excited that they will be having a Greek ceremony wedding because it will be my first! 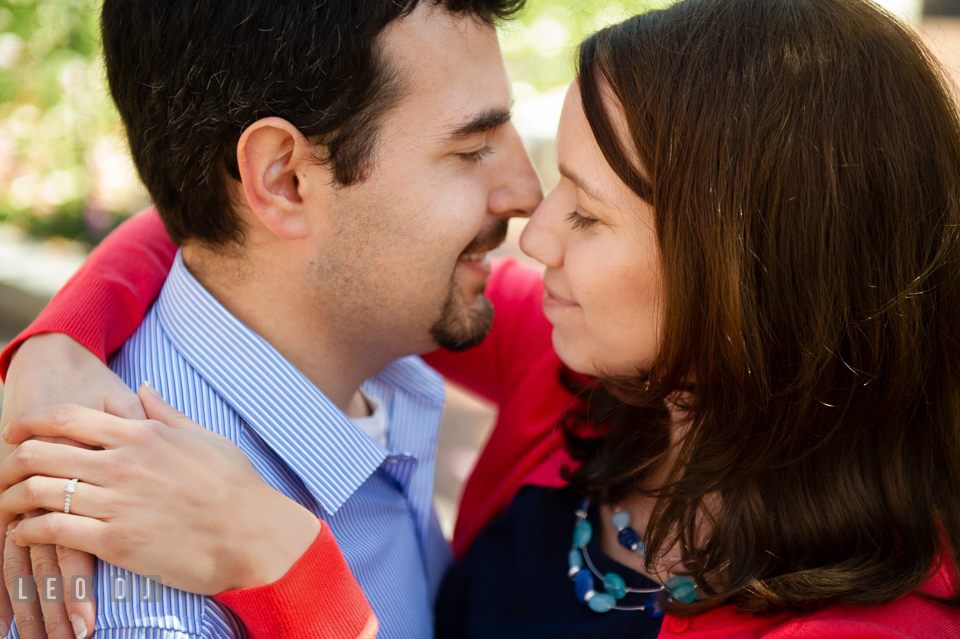 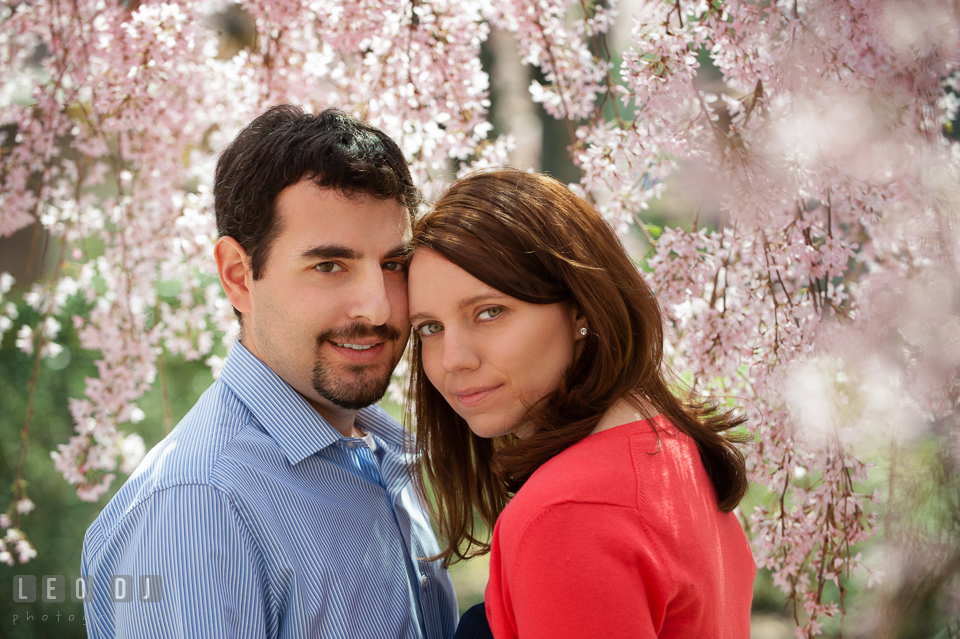 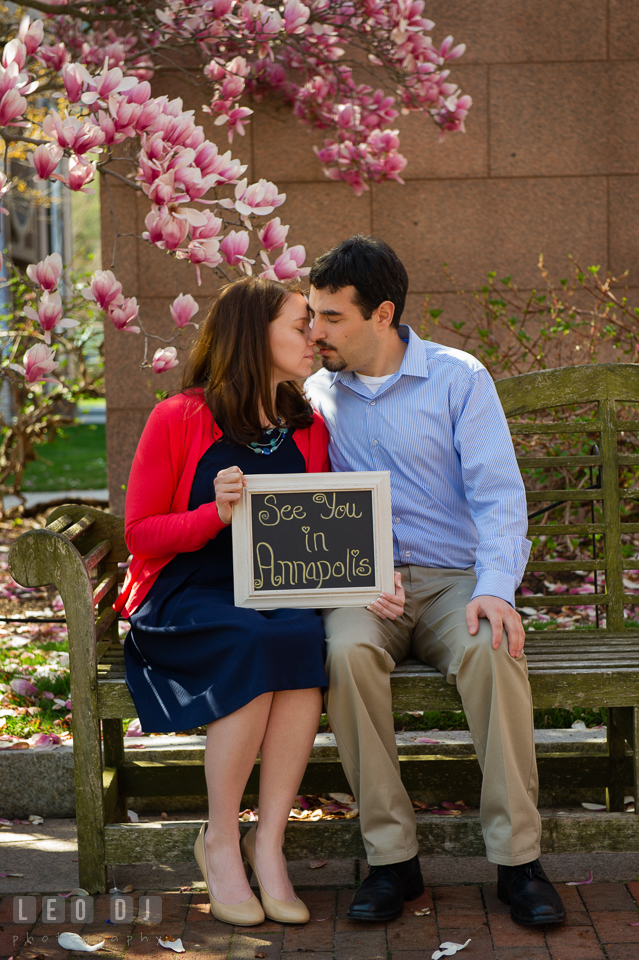 Yup, see you both for your wedding day in Annapolis! 🙂